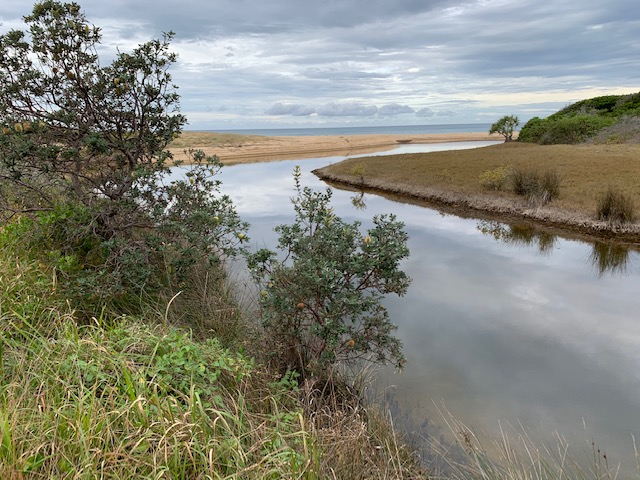 KARI’s Cultural Unit took 9 young males on a Cultural Camp to Nambucca Heads, on Gumbaynggir country, from 10th to 14th of July.

KARI’s Cultural Camps play an important role in the lives of the youth in our out of home care program, as it allows them to connect to their culture on country, whilst learning and participating in a variety of cultural traditions.

Upon arriving, the youth were treated to a traditional welcome by Uncle Micklo Jarrett. They were immediately immersed into their culture as they were told creation stories in Gumbaynggir language as well as songs and nursery rhymes. Traditional ochre was used to paint the youth and staff before they took part in bush tucker activities.

Bert Gray held a men’s healing workshop before they travelled to the Yarrawarra Cultural Centre, where they were taken on a historical site tour, educating them about the country they were on and its history from thousands of years ago. The youth were treated to a visit from the eldest living Gumbaynggir man (93) who engaged with them in conversation and captivated the youth with his stories.

“The importance of cultural camps is as simple as NAIDOC’s theme, ‘Always Was, Always Will Be’, it’s about staying connected to your identity and your country. Every time I go to country (it’s like feeling) I fall in love all over again.”– Troy Dargan, Cultural Unit Manager